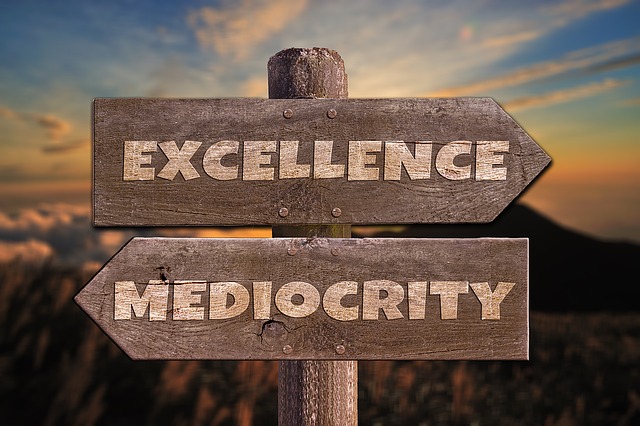 Does Your Business Have The Winning Formula For Success

From implementation to execution, and beyond; London’s Olympic Games were an undeniable success. So, what exactly were the ingredients that made it so, and what are the takeaway lessons for businesses? It seems that the winning formula lies in balancing both culture and strategy.

Summer of 2012 was arguably London’s finest hour. The world looked on as the UK’s capital hosted an impeccably executed Olympics. A small fraction of this came down to luck (not least where the weather was concerned!) but the vast majority of it was thanks to a carefully crafted winning formula in which every ingredient played a vital role. For London 2012 to succeed, the sum had to be far greater than its parts.

And, let’s be honest, the journey to success was not always smooth (in any major venture, business or otherwise, it rarely is). There were some obvious doubts and reservations; from the great British weather, and question marks over whether Heathrow (much less London’s already heaving transport system) would cope with the world converging on it, to the inevitable negativity of some who believed The Olympic Games to be a colossal expense offering limited sustainable gain. There were also unexpected curve balls thrown from all angles, from the London bombings and riots, through to the security staffing fiasco that surrounded GS4 in the run up to the event. So, like in any business, through the good times and the bad, London 2012 needed it all to succeed. It needed a winning formula, the ingredients of which came together to create a culture of excellence, with a watertight and impeccably executed strategy (curve balls and all). Not either / or. Both.

London 2012 did not happen overnight. Just to get as far as winning the bid was a Herculean task. It would have been no good for our team to saunter in wearing their jaunty beige linen suits, full of enthusiasm but devoid of substance (‘all the gear and no idea’). Likewise, all the detailed planning in the world would have scored them no points if they’d presented our bid as if we were proposing to host ‘It’s A Knockout’ on a wet weekend in Margate.

When summer 2012 finally swung round, Britain went Olympics mad. Even most of those who’d been firmly in Camp Negativity about the whole thing could not help but be swept up with the enthusiasm and fervour of the Games. London 2012 surpassed all expectations. The much anticipated transport meltdown didn’t materialise, commerce did not grind to a dangerous halt, and our usually rain soaked city even laid on glorious weather. (Special thanks must go to HM The Queen, who ‘took a hit for the team’ earlier the same year at her water-logged Thames Diamond Jubilee Pageant!). Travelling in London became a veritable networking opportunity, as the usual eyes down, talk to no-one culture gave way to lots of friendly chit chat and banter across the tube carriages. So, what exactly were the ingredients that made London 2012 such a winning formula and swept the nation up in the euphoria? And what are the takeaway lessons for businesses?

Success isn’t about culture alone. And it isn’t about strategy alone. Sustainable and progressive organisational achievement takes both, working hand in hand, especially when the unexpected happens. London 2012 had it in spades. Its leadership team (an unlikely combination of sporting greats, royalty and political figures) were united in their mission to ‘use the power of the Games to inspire change’. They made this vision clear and credible, and they breathed it into every aspect of the London 2012 preparations, from the operational planning that made the London Games such a success, to the creation of a more lasting legacy which undoubtedly helped to drive the continued success of British sport at the more recent Rio 2016 Games.

A winning culture isn’t created out of thin air. It is derived from strong leadership, a shared and credible vision, and a sense of unified purpose. A winning culture is one in which everyone, regardless of role or level, understands and believes in the ultimate goal, is clear on their specific role in making that happen, and feels valued and respected for their contribution. A winning culture depends upon consistency of standards and values, and strong lines of two-way communication throughout the team. It relies not only upon bringing in the right people with the right values (i.e. those compatible with the vision), but also understanding and playing to core strengths within the team whilst recognising and supporting any allowable weaknesses. To be sustainable, a winning culture thrives off the momentum it generates; in business terms this may translate into the buzz and hype that is created around being a great employer brand. Become known for being a great company to work for, and you will find it virtually effortless to attract like-minded and high potential employees. Finally, in the build up to the London Olympics, there was a lot of talk about the legacy it would leave behind. This, too, influenced and impacted the culture behind the mission, and there is no reason why every business should not be thinking beyond the task in hand in a similar way.

All well and good … but what of strategy? Because no business can perform well for long on the basis of great enthusiasm and visionary ideals alone. All that investment in building the right culture has to be underpinned with the right resources, planning and implementation. This is the part that has the pragmatists rubbing their hands together with glee, as they knuckle down to determining the ‘plan of action’. Knowing what you’re aiming for is one thing, but a winning strategy involves carefully planning out how you’re going to get there, by when, by whom, with what resources and at what cost. Preferably with back up options, for good measure. If a winning culture provides the right mindset (everyone bought in to the vision), then a winning strategy provides the right tools and resources (everyone equipped to achieve the vision).

So, let’s revert back to our London 2012 scenario. How might that have played out if either culture or strategy were working alone? Not so well, we’d venture to guess. Because in the end, when all was said and done, it wasn’t one thing that made it a success. It was the collective force of multiple variables, all carefully balanced to ensure that attitudes, expectations, standards, processes, structures, resources and systems all came together in perfect harmony at just the right time, and delivered results that surpassed all expectations.

Creating a winning formula is no accident, and it certainly boils down to more than a simple binary question of ‘Are my employees engaged and happy? Yes/No’. Sustainable organisational achievement requires a holistic focus on your whole organisation. Above all, it requires alignment between your people, your organisational culture and your operational strategy. At great{with}talent we believe that employee engagement is most powerful when it is viewed in the context of your business environment and your corporate goals. That’s why we’ve created The WinningFormula, a holistic business assessment tool that looks beyond the simple ABC of employee engagement and into the nuts and bolts of how well your people are aligned with your culture and your strategy. For more details on how The WinningFormula can help drive the success of your business, contact us.

Further information on The WinningFormula is available on our website, including an example report.